MicroStrategy CEO Michael Saylor has become a vaunted figure in bitcoin circles, elevated by his company’s increasingly massive holdings of the cryptocurrency, currently at over 105,000 tokens

Michael Saylor reveals Bitcoin as the cure for inflation in his recent tweet. 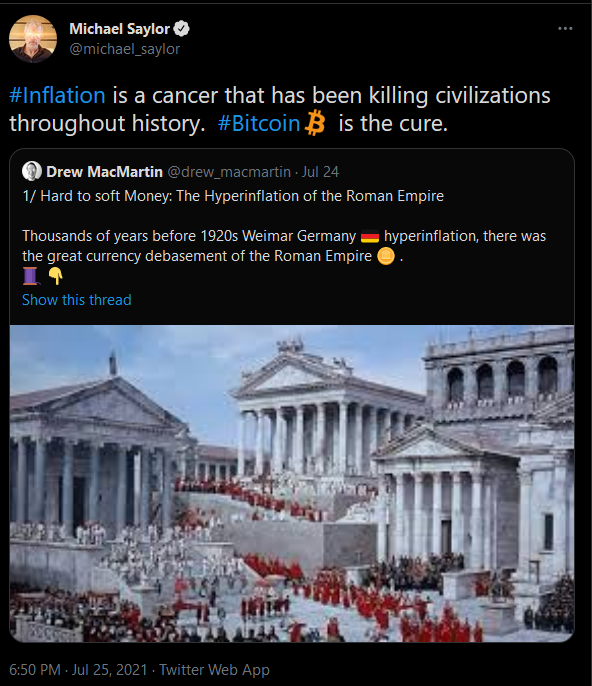 “Inflation is a cancer that has been killing civilizations throughout history. Bitcoin is the cure.”, he stated

He retweeted Drew MacMartin’s twitter thread which you can check here.

This thread has 18 posts in which he gives the example of the Roman Empire and its hyperinflation, which occurred thousands of years before Germany’s 1920s hyperinflation.

The thread continues, saying, ‘”At the turn of the second century AD, the Roman Empire controlled all of Western Europe, as well as parts of North Africa and the Middle East.” According to some estimates, the Roman Empire ruled about 65-100 million people. 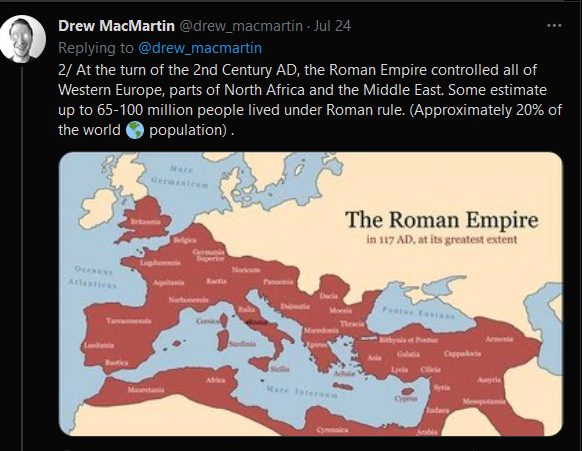 #Crypto and #regulation is an #Oxymoron

@dimitratech I am optimistic about the future of the project. If you're looking to invest, this is worth checking out. Great concept that may impact the blockchain industry.
@AlokRoy48967405
@Nahid23866638
@SamsulI74964032