Amazon has denied recent reports in UK financial publication City A.M.that it is preparing to accept Bitcoin payments, claiming that it presently has no intentions to do so.

According to a company spokeswoman on July 27, Amazon is interested in the crypto market but has no current plans to accept digital assets for payment

“Notwithstanding our interest in the space, the speculation that has ensued around our specific plans for cryptocurrencies is not true,” the Amazon spokesperson said in the email. “We remain focused on exploring what this could look like for customers shopping on Amazon.”

The rumors started when Amazon opened a new job opening, in which the company was looking for a “Digital Currency and Blockchain Product Lead”.

However, the spokeswoman did not deny that Amazon is investigating crypto payments, saying, “We are focused on exploring what this could look like for people shopping on Amazon.”

However, as the spokesman suggests, Amazon will continue to investigate cryptocurrency. In addition, the Seattle, Washington-based firm revealed last week that it is hiring a digital currency and blockchain head. The job posting fueled the adoption of cryptocurrencies.

When the rumour began, bitcoin prices increased by 12%.

But now prices have started to fall as Amazon denied it’s rumoured plans to support Bitcoin. BTC was down 4.4 percent in the previous 24 hours. 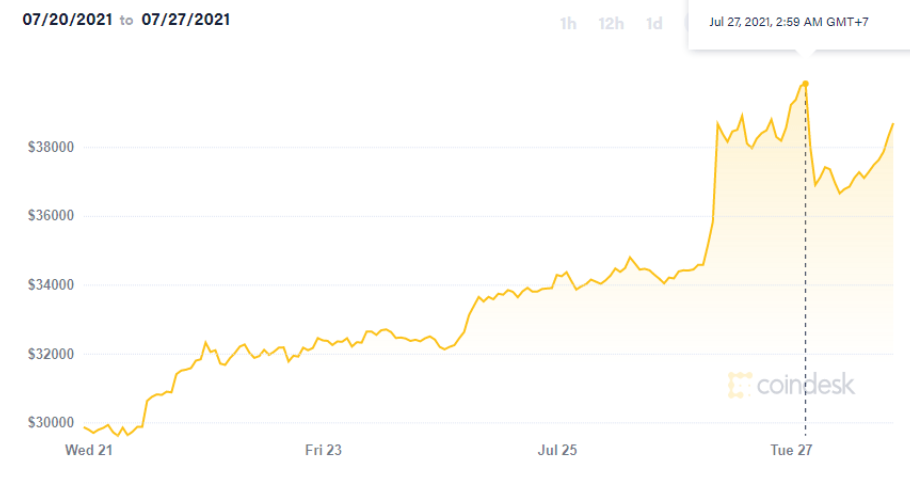 Meanwhile, according to the UK financial journal City A.M., Amazon will accept bitcoin payments by the end of 2021 and may build its own unique bitcoin currency by 2022. According to an unidentified “source,” taking bitcoins is the first stage in a wider cryptocurrency/blockchain effort overseen by Amazon founder/executive chair Jeff Bezos.

Applications You Can Earn Crypto From

4 Major Risks You Should Know Before Investing In Bitcoin